Wags Rescue: Where Are They Now?

Wags ‘n Whiskers Rescue is a nonprofit dedicated to the rescuing and rehoming of both dogs and cats. Since its inception in 2016, Wags Rescue has found homes for 23 rescues and is continuing its mission to find homes for animals across the Southeast. Join us as we look back on some of the furry friends who found themselves at Wags Rescue before finding their fur-ever homes!

A tale of three tails:   Finn, Floyd and Ivy

On a freezing night in December 2015, a litter of five puppies was found abandoned on a private residence. At the time the puppies were found, it was so cold outside that they were not expected to survive. Literally chilled to the bone, the puppies were too weak to transport to Wags Rescue immediately. Thankfully, the kind soul who found the litter nursed them to health until they were strong enough to travel to Birmingham.

Wags Rescue received three of the puppies a few weeks later: Finn, Floyd and Ivy. Finn and Floyd found their forever homes within just one month of being at Wags!

Ivy, Floyd and Finn when they arrived at Wags Floyd is now fully grown and loves to play with his sister and step brother. His favorite activities include chasing birds and squirrels, sleeping and snuggling with his family. Finn has also found happiness at his forever home, where he loves to swim anywhere he can find water – even if it’s in the shower or rain puddles! One of his favorite past times is chasing soccer balls and playing fetch at Red Mountain Park. When it comes to snoozing with his new family, you’ll always find Finn right in the middle – no matter what! Sweet Ivy is currently one year old and is still searching for her forever family! This loyal and gentle girl is house trained, crate trained and does not chew or destroy anything (talk about skipping the puppy phase!). She loves to go on walks and is perfectly leash trained (thanks to Wags University!). Her favorite time of the day is when she is cuddling! Ivy gets along great with other dogs and all people, so she would make a perfect addition to any family! Update – Ivy has now found her forever family! Her new mom, Becca and older brother, Bandit are already professionals at snuggling on the couch together. Sweet Ivy is going to be spoiled silly, and we couldn’t be happier! 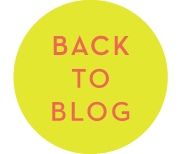 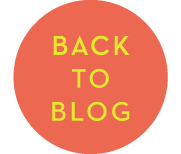